Initiated in early 2020, the Scientific Advisory Committee (SAC), is an important aspect of how we support our patient community.

The SAC consists of an international team of accomplished scientists, each with decades of experience in their field. The SAC is committed to leading consistent and factual science-based communication to counter overwhelming media, government and scientific bias in Australia towards Lyme disease and associated illnesses.

Dr. Leona Gilbert, Adjunct Professor of Cell and Molecular Biology, is the CEO of Te?ted Oy that has a mission to get the patient tested so that they can recover quicker.

With the vast students and researchers mentored by her, she has led large research initiatives focused on directing research for the benefit of patients with better diagnostic platforms for Borreliosis and tick-borne diseases.

It is costly for the patient to be tested for many individual tests and if not tested the tick-borne disease infections can and will remained undetected. Due to TICKPLEX, diagnostics of tick-borne disease infections improved, patients receive faster access to healthcare, and can get a personalised treatment protocol so they can recover quicker. Dr. Leona Gilbert continues with Te?ted Oy to bring patient driven research into reality so that their quality of life will improve.

Dr Horowitz has an illustrious history as one of the international leaders of the scientific Lyme community.

One of the founding members of the International Lyme and Associated Diseases Society (ILADS) and former president-elect, Dr Horowitz has co-authored ILADS guidelines for the diagnosis and treatment of Lyme disease.

He is also a former president of the International Lyme and Associated Educational Foundation, a not-for-profit organisation dedicated to the education of health care professionals. Dr Horowitz previously served as a member of the US Secretary of Health and Human Services’ Tick-Borne Disease Working Group, and is currently a member of the Health and Human Services’ Babesia and Tick-Borne Pathogens Subcommittee.

A board-certified internist, Dr Horowitz has treated more than 13 000 chronically ill patients over 30 years, including those who have travelled from Europe, Canada, Australia and New Zealand to his New York practice. He is the Medical Director of the Hudson Valley Healing Arts Centre.

Dr Horowitz’s expertise in relation to Lyme and associated diseases is in demand from international authorities. He has consulted for the governments of China, France, Belgium and the UK. He was also invited to address the Australian Senate inquiry into ‘Growing Evidence of an emerging tick-borne disease that causes a Lyme-like illness for many Australian patients.’

The LDAA is honoured to have Dr Horowitz as our patron as well as a valued SAC member.

He had major responsibilities within several institutions:

He was principal investigator of several major clinical trials. He is author or co-author of more than 300 scientific publications in peer-reviewed journals. Since 1994, Christian Perronne has been involved in the management of chronic Lyme and associated diseases. He is leading a coalition of patients and physicians for the recognition of chronic Lyme disease and other crypto-infections (hidden infections) in France. He is co-founder and vice-president of the French federation against tick-borne diseases (FFMVT) and president of its scientific council. He is author of a book “La vérité sur la maladie de Lyme” (in French) (“The truth about Lyme disease”), Odile Jacob publisher, Paris.

Dr Embers’ name is instantly recognisable to anyone familiar with international Lyme research.

After obtaining her PhD in the Department of Microbiology and Immunology at the Pennsylvania State University College of Medicine, Dr Embers performed her postdoctoral research on Borrelia burgdorferi spirochetes, the causative agent of Lyme disease, at the Tulane National Primate Research Center (TNPRC).

She subsequently joined the faculty at the TNPRC, and is currently an Associate Professor in the Division of Immunology and the Director of Vector borne Disease Research. Dr Embers’ research program focuses on:

By transmitting Lyme disease to mice and nonhuman primates by tick, and studying the natural course of infection, Dr Embers’ group hopes to facilitate a better understanding of the clinical quandaries of human Lyme disease, including effective diagnosis and treatment.

Dr Sanders was employed for 33 years with the Commonwealth Department of Health. Firstly as a drug evaluator with the Therapeutic Goods Administration, and later with the Department’s Office of Health Protection.

For 20 years he was also a peer reviewer for the journal ‘Emerging Infectious Diseases’, which is published by the United States’ Centers for Disease Control and Prevention.

As Senior Microbiologist in the Medical and Scientific Advisory Unit of the Office of Health Protection, Dr Sanders’ focus was as scientific advisor on emerging public health threats, including communicable diseases and agents with biological weapon potential. One of his earliest interests was Chronic Fatigue Syndrome, which at the time was dismissed by many in the health profession as a psychosomatic illness.

During his career, Dr Sanders also followed the research literature on Lyme disease, and after retirement made a submission to the Australian Senate inquiry into Australian Lyme. He believes that the aetiology of Australian Lyme has not been unequivocally identified. He has now offered his support to the LDAA.

Dr Sanders is concerned that too little research has been conducted into the aetiology of Australian Lyme, and feels that more effort should be put into patient investigations during the acute phase of illness.

Dr Duley completed a doctorate in Biochemistry at La Trobe University, Melbourne. He then undertook eight years of postdoctoral research in Surgery at the Otago University Medical School, Christchurch, and in Biochemical Genetics at Griffith University, Brisbane.

Later, Dr Duley worked as a Clinical Scientist in Pathology for 16 years at Guy’s Hospital, London, and 13 years at Mater Hospital, Brisbane.

He has also been an active researcher at the School of Pharmacy, University of Queensland, where he remains an Honorary Senior Fellow. During his career, Dr Duley became a leading expert in genetic diseases of energy metabolism, and a prolific researcher in pharmacogenetics. He has published over 200 research and conference papers.

Dr Duley gradually became aware of Lyme disease after his spouse developed chronic illness following a tick bite in England. At that time, the disease was recognised in the USA but was neither diagnosed or treated in the UK, where it was often mislabelled as ‘chronic fatigue.’ This misdiagnosis by geography (which is when diagnosis is delayed because doctors don’t consider Lyme disease in areas not formally recognised as endemic) inspired Dr Duley to become a passionate advocate for patients suffering tick-borne diseases, and their loved ones.

He has also offered his support to healthcare professionals after a local doctor was forbidden to treat his wife by the Australian Health Practitioner Regulation Agency.

Dr Vett Lloyd heads a dynamic research team at Mount Allison University in Sackvillle, New Brunswick. Dr Lloyd recalls her initiation into the world of Lyme disease when she removed a black legged tick from her shoulder after doing some gardening.

She contacted her local public health department and was informed that there were no ticks in New Brunswick. She sent the tick to be tested, but when she followed up with public health, she was told that because there were no ticks in her area, they had disposed of it. Fortunately, Dr. Lloyd received advice from colleagues in western Canada and sought treatment for the symptoms of Lyme disease which followed the tick bite. It was after that personal encounter with Lyme disease that she shifted her research in molecular biology from cancer to studying ticks.

Dr Richard Schloeffel, a vocationally registered general practitioner, is the Medical Director of The Grove Health Pymble, Sydney. For the past 23 years Dr Schloeffel has focused his practice in the understanding and management of Complex and Chronic Disorders.

Dr Schloeffel graduated from the University of NSW in 1978. His initial training was in Intensive Care Medicine, followed by Isolated Rural General Practice combining Acupuncture and Integrative Medicine.

Dr Schloeffel worked extensively in rural General Practice and in the developing world, as well as in Europe for 13 years before moving back to Sydney where he currently practices.

Dr Schloeffel was influenced by the HIV/Aids epidemic of the 1980’s and then Chronic Fatigue Syndrome (CFS) and Fibromyalgia in the 1990’s. He then became increasingly involved in developing diagnostic and management pathways for these often misunderstood diseases. Highly influenced by the work of Professor Garth Nicholson’s research into Gulf War Illness, Dr Schloeffel began establishing new paradigms in medical practice where stealth infections have been found to underlie many syndromes.

Dr Schloeffel’s lectures on CFS in the 1990’s and 2000’s rendered him one of the best informed authorities on these illnesses. In 2005 he was an integral member of the working committee of doctors who adopted the Canadian guidelines on CFS with Professor Kenny De Meirleir. In 2006 he developed guidelines on CFS which were updated in 2012. Dr Schloeffel was the founding member of the Australian Chronic Infectious and Inflammatory Disease Society (ACIIDS) in 2014 which was established to encourage education and research into Vector Borne Diseases, CFS, Fibromyalgia, Auto-immune Disease and Chronic Inflammatory Response Syndrome (CIRS). He was previously the medical advisor collegiate with Professor Bernie Hudson, the Head of Infectious Diseases at Royal North Shore Hospital, to the Tick Borne Diseases Unit at Sydney University in 2014.

He received The Order of Australia Medal in the field of Chronic and Infectious Diseases in 2017 for his work with CFS and Vector Borne Disease. Also, that year Dr Schloeffel was awarded The Most Outstanding Healthcare Professional in Australia 2017 by the Australian Patients Association.

Dr Schloeffel was an expert witness in the Senate Inquiry into Lyme Disease in 2016 and was asked by the committee to prepare an evidence based guideline for Vector Borne Disease in Australia which was completed in 2017 but as yet is unpublished. He has been on all federal government advisor committees and meetings in relation to VBD. He was also present at the Council of Australian Governments (COAG) meeting in 2018 when the concept of DSCATT (Disabling Symptom Complex Attributed to Ticks) was proposed.

He, with Professor Gilles Guillemin (Neuroscience Department of Macquarie University), Professor Eddie Holmes (Microbiologist of Sydney University) and Professor Bernie Hudson (Head of Infectious Diseases at Royal North Shore Hospital), have founded the Vector Borne Disease Research Unit publishing a paper on Tick Borne Diseases in Australia in 2019 in Frontiers on Cellular and Infectious Microbiology. Further research is proceeding into diagnostics for VBD in Australia.

Dr Schloeffel continues to give lectures and master classes in CFS and Vector Borne Disease and Autoimmune Diseases. He supports numerous doctors in Australia in the diagnosis and management of many patients who unfortunately have fallen through the medical system and as yet do not have a voice.

In memory of Dr Neil Spector

The LDAA was very fortunate to count Dr Neil Spector as a member of the SAC until his passing on 14 June 2020. Dr Spector was a Sandra Coates Associate Professor of Medicine (Medical Oncology), Associate Professor of Pharmacology and Cancer Biology and Member of the Duke Cancer Institute. He dedicated much of his career to cancer research, even while battling heart problems that resulted in a pacemaker and an internal defibrillator.

It was through his own research that Dr Spector discovered his chronic heart issues were related to Lyme disease. As in the case of Dr Duley’s wife, Dr Spector attributed his delayed diagnosis to ‘misdiagnosis by geography’; his home state of Florida is not considered endemic for Lyme disease.

Following a heart transplant, Dr Spector wrote a book about his experiences, Gone in a Heartbeat, and became a highly sought speaker at scientific and medical conferences, and patient events. He and his team at Duke University were committed to ground-breaking Lyme research.

Dr Spector’s position as a health care professional, highly respected researcher and patient gave him unique insight into the many facets of Lyme. He will be sorely missed as a member of the international Lyme community, campaigning for recognition, and as a man with an outstanding spirit. 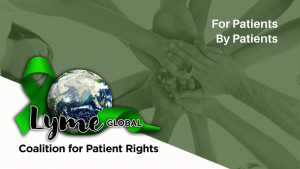